Why The Conservative Approach Matters

In my studies of the body there are valiant attempts at making medicine as objective as possible, fixing anything and everything with the latest intervention. We spend countless man hours and dollars on finding the latest and greatest technology and newest medication. The bone is broken – so put a plate in and some screws. You have pain in your knee – take an ibuprofen. You have an infection – take an anti-biotic. Your back hurts – get an MRI and an injection. We become reliant on these things, thinking our bodies are hopelessly dependent on an outside intervention. Is this really the case?

What if we took a step back and let the body heal itself. What if we spent that same amount of time and energy focusing on preventing these problems in the first place or maybe even how to come alongside the body to restore us back to a healthy state. The problem we find is a reliance on medication and procedures. The solution needs to be a removal of ourselves and a coming alongside of the patient in a way that empowers. It’s amazing what the body can overcome, and in contrast it is equally impressive how crippling a condition can be if perceived in a negative light. Although medication and procedures play a vital role in healthcare, the importance of taking the most conservative approach first should take priority.

Here is an example. If I say herniated disc, what is the first thing that comes to your mind? If you think MRI, back pain or surgery you would fit right in with most of the population. You may even start to think about your own back or someone you know that was diagnosed with a herniated disc. Maybe your back starts to hurt after thinking about it. Perception can be crippling. The truth is that the majority of an aged population will present with a herniated disc if they get an MRI, but they present with no pain! So why are we so afraid of herniated discs? I see it over and over that patients say they have a “bad back” when in truth their back is in great shape, but they perceive it as being in this terrible condition because after a bout of back pain 5 years ago the MRI showed a herniated disc. Herniated discs are a part of aging and should not be feared because the body is able to heal itself and accommodate to these changes. In this case, the most conservative approach is to focus on restoring movement which will prove effective in managing their pain. Great outcomes can be found without even changing the state of the herniated disc.

Let’s talk about arthritis. Patient’s perception is that their pain is from arthritis, either in the neck or hip or shoulder… wherever. They believe it will always be that way until they get the joint replaced or are consistently getting their injections every couple of months. It is true that pain may come from arthritis, but the truth is that arthritis is a normal part of aging and many will have the arthritic changes without pain. Very few 65-year-olds would present with the same amount of joint space as they did when they were in their teens. That’s was arthritis is… narrowing of the joint space. Arthritis does not equal pain. Most people live life without pain despite their arthritis… bone on bone or not. There is a significant amount of research to say that general exercise and weight loss will lead to the same outcomes if not better than those of joint replacement surgery. When it comes to the neck, arthritis can be a factor that limits recovery, but it has rarely, if ever, meant that I need to throw in the towel and refer to a surgeon. The body is an amazing thing and can bounce back from many common aches and pains that we believe require a procedure or medication. 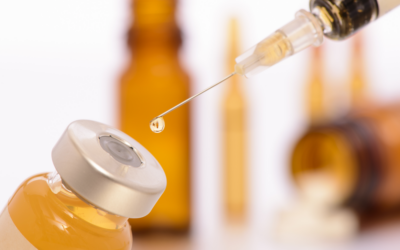